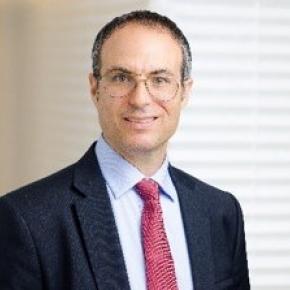 Yuval Sasson is a partner in the firm’s Commercial and Litigation Groups. Yuval also heads the firm's Homeland Security, Cyber, Defense and Aerospace (Aviation Law) team, and has expertise in import/export regulation, anti-money laundering (AML) regulation and regulation of foreign corrupt practices (FCPA and its Israeli analogue) as well as litigation in such matters.

Yuval represents Israeli and international clients, in courts and arbitrations, regularly handles complex international litigation and has vast experience representing and appearing before all judicial instances.

As part of his practice, Yuval advises clients in the course of criminal investigations and in connection with white-collar offences, including defence offences, corruption, money laundering, securities-related offenses, antitrust, extraditions and management responsibility.

Yuval also represents technology companies engaged in the development of offensive or defensive cyber platforms and is fully acquainted with the technological background of these industries.

Yuval was selected by 'Who's Who Legal' as one of the world’s leading investigations lawyers.