The UVID Dronetech 2020 unmanned vehicle conference will be held in the city of Tel Aviv and will include, for the first time in Israel, demonstration flights of unmanned aircraft (UAVs) in the urban space.

To interested bodies, particularly companies participating in the Urban Airspace Mobility initiative, we are offering this year a unique opportunity to provide a live flight demonstration in the conference area, which they can use as a stage for wide press coverage of their UAV capabilities.

The prerequisites for conducting flight activities in the framework of the conference are:

The following process must be carried out in order to conduct a flight at the UVID Dronetech conference: 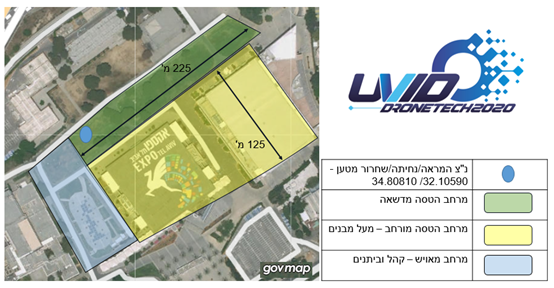